In this review I’ll try my best not to spoil too much, but Spectre is one of the best Bond films in my opinion. It features a lot more ‘Bond humour’ and exaggerated advanced technology (like emphasizing current ‘Smart’ devices by introducing ‘Smart Blood’). 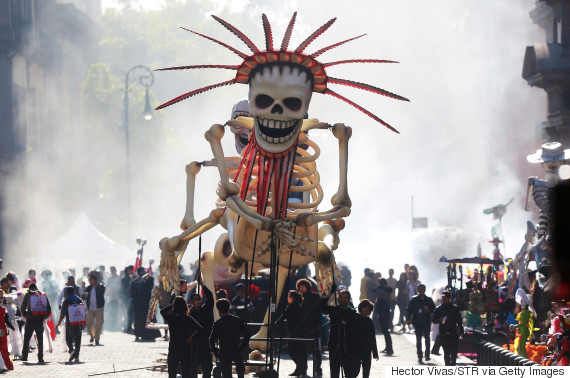 The film starts out in Mexico, where the natives are celebrating the Day of the Dead.  The Mexico scenes featured some seriously brilliant cinematography by Hoyte van Hoytema; he manages to capture the atmosphere and chaos going on in the parades really well. 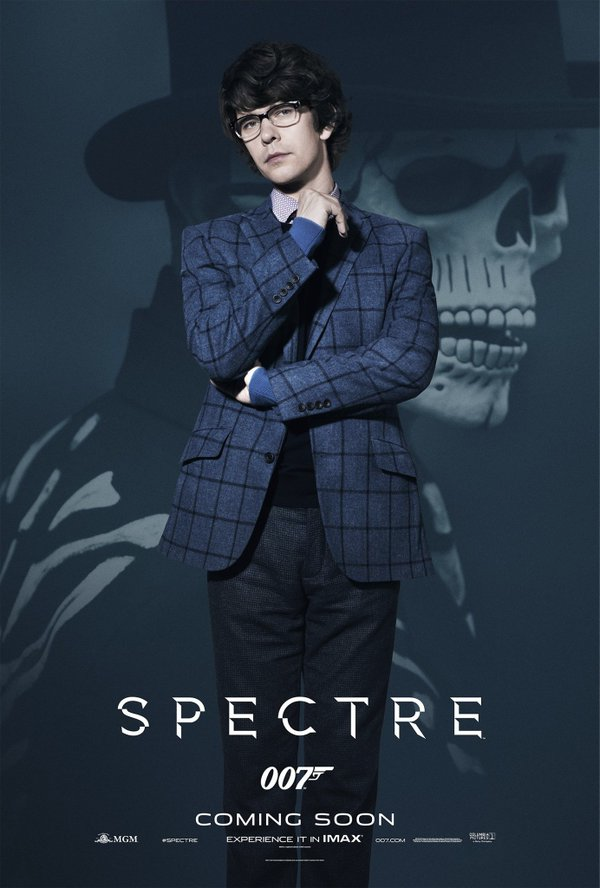 My favourite character in Spectre has to be Q. I’m so glad that they gave the actor, Ben Whishaw, more screen time; his comical and posh personality really contrasts with Daniel Craig’s somewhat moody and stern James Bond in such a great way. They share so much funny dialogue; for example, Q shows Bond a car he can’t have, so of course Bond steals said car shortly after. 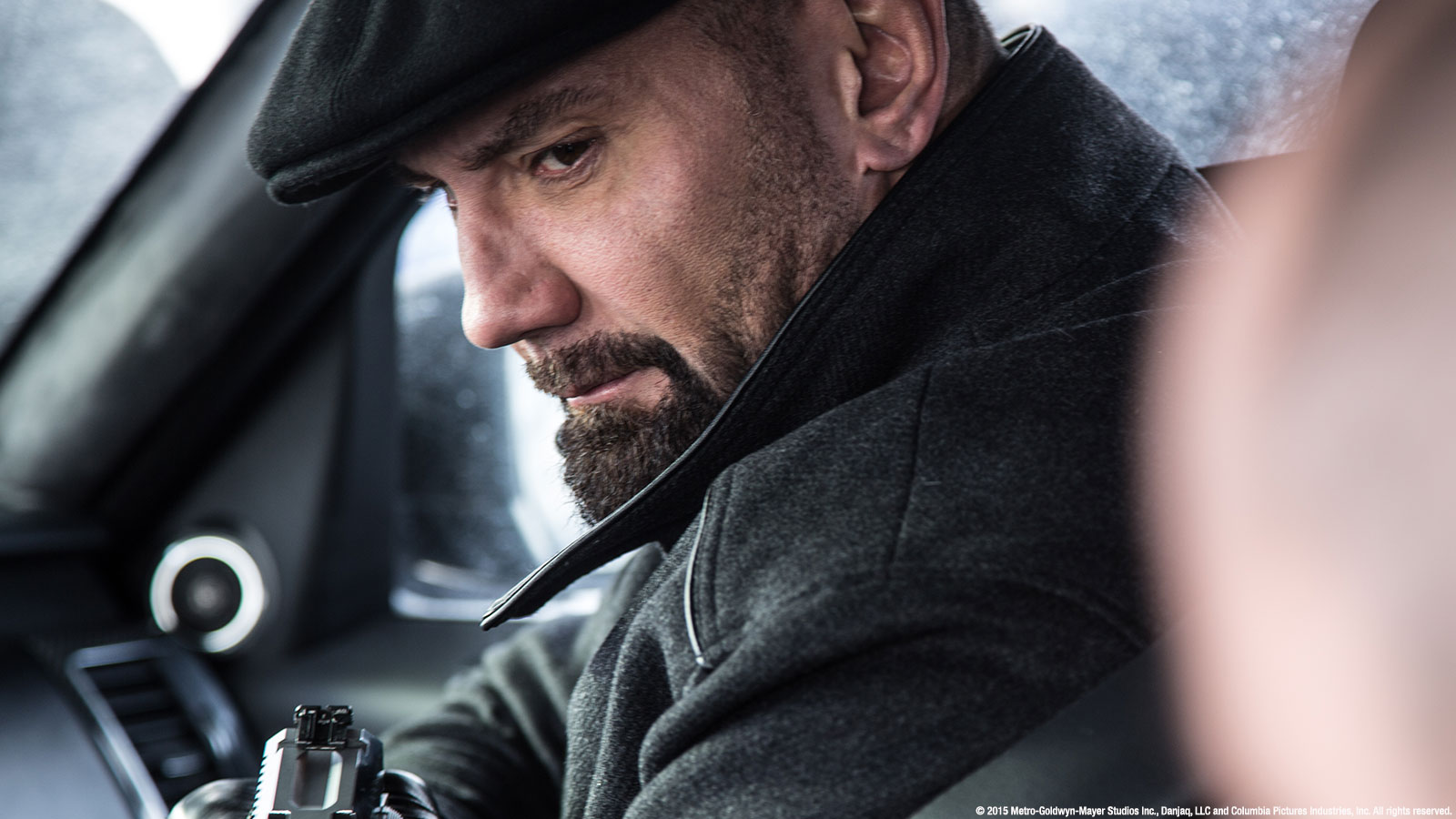 The car chases and action scenes are shot wonderfully, especially the car action sequence between Bond and Dave Bautistas character, Mr Hinx. Dave Bautistia is able to portray a powerful and scary Bond menace without speaking nearly any lines.

Christoph Waltz played the main antagonist, Blofeld, exceptionally. He managed to be creepy, mysterious and scary all at once. I don’t know about you, but whenever Christoph was in a scene I was reminded of his similar (but much more camp) character Chudnofsky from the movie Green Hornet. 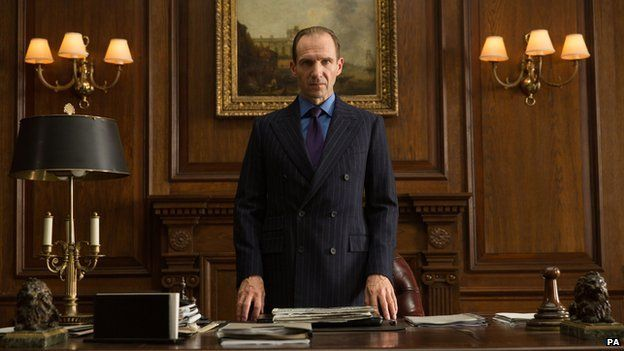 Something really pleasing that makes Spectre leagues beyond the previous Bond film (Skyfall) is that potential ‘one dimensional’ characters like M (Ralph Fiennes) and Moneypenny (Naomi Harris) are given lots more screen time to give their characters more relevance and personality. Ralph Fiennes character is serious and intelligent but also fun and witty; Naomi Harris’ character is down-to-earth and professional, but also fiercely loyal to Bond. 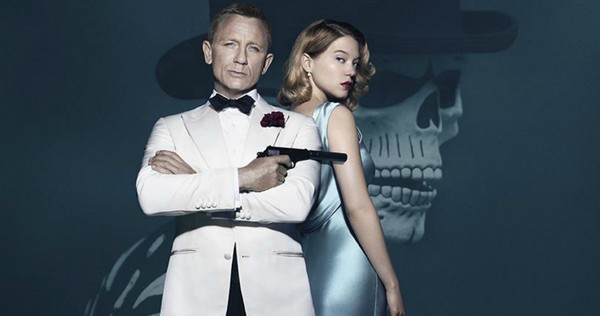 Léa Seydoux’ plays the brilliant and complex Madeleine Swann, who has amazing chemistry with James Bond. Their interactions range from intense to hilarious.

Andrew Scotts character (C) is painted in an unfavourable light right from the beginning, as he has the unpopular belief of increasing global surveillance and scrapping the 00 Program. The film explores the potential reality of increased global surveillance, a problem which can be related to in real life. 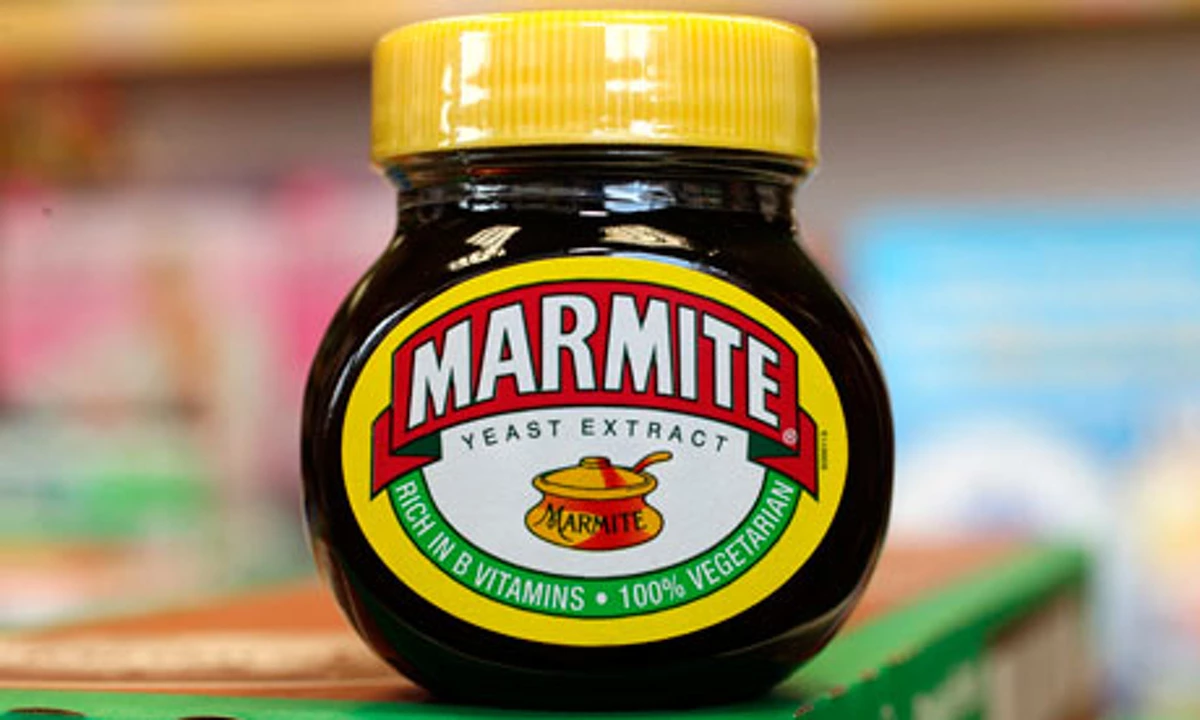 To finish; Spectre has all the aspects that make it a solid Bond film – with added humour and more gripping action in some areas.

However, I feel like Spectre is akin to Marmite – some people (like me) loved every second, whereas others thought it was a terrible Bond film.

I’d recommend Spectre to any fan of Spy/Action genre films and of course to any Bond fans.